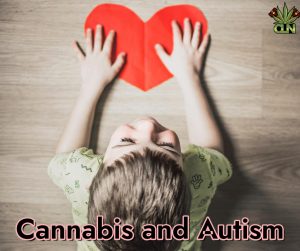 Cannabis and autism – two stigmatized topics that need way more attention. While there are studies that are both for and against the use of cannabis to treat autism symptoms, many consumers believe cannabis is the best and safest treatment. Tiffany Carwile of the Autism Alliance of Ohio joins us for an illuminating discussion about the role cannabis plays in treating autism symptoms.

Listen to it on PodCast or Watch the YouTube on Cannabis and Autism.

RELATED POST: How to Get a Medical Marijuana Card

How would you react if we say that cannabis can successfully treat autism? Would you be surprised, terrified, or simply interested in this subject?

So many parents and minor caregivers are facing the problem of autism in their children. Many contributions to patient’s medical history say that cannabis can hugely help reduce the symptoms of autism and its long-lasting devastating effects.

How did we come to this conclusion? By reading testimonials of many parents who are facing problems with autism and similar neurological diseases. They claim the condition in their children hugely improved over specific periods after using cannabinoids.

The claims are still under the official revision of the health institutions across the states. Again, the testimonials say that cannabis could be a helper in autism among many US patients.

Treating autism with cannabis oil might be a question for considerable debate. As we already know, cannabis helps in conditions that are tightly related to situations that are part of autism. These medical conditions are lack of focus, ADHD, insomnia, and many similarly found issues present in autism.

CBD oil for autism is already a developed treatment in some countries, and the usage is possible only with the consent of parents and caregivers. We can see that cannabinoids in some cannabis strains can hugely improve the present conditions in autistic patients.

According to the Brazilian study published in 2018, some patients using cannabis for treating autism experienced significant improvements during the overall treatment. After 6-9 months of treatment, a large number of autistic patients showed signs of visible improvements in their symptoms.

The most significant improvements were noticeable in one or more of the following categories as part of autism-related symptoms among diagnosed patients:

There are also many more autism-related conditions that are usually associated with this disorder. And many of them were on the list of the conditions that were reduced and minimized in severity as part of the examination on the subject if cannabis can treat autism.

Many patients who are usually taking cannabis for some of the isolated conditions on the list above find marijuana as the only relief treatment for different symptoms. If these patients find cannabis useful, we can start thinking that cannabis oil or any other form of active cannabinoids could successfully treat autism and autism-related disorders. 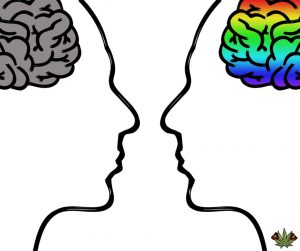 What Are the Best Cannabinoids for Autism?

In the mentioned research about treating autism among patients, one thing is especially important. It is how different strains can affect the conditions that are related to autism.

It is part of the cannabis culture to look for the strains that have the best effect on a particular condition. We are sure some scientific documents will approve the specific cannabis strain as part of the treatment for autistic patients.

So, Can Cannabis Treat Autism Symptoms?

It is still unknown if cannabis can treat autism symptoms. Still, some studies, as the one mentioned, suggest that small amounts of cannabinoids in proper portions could be very beneficial for autism-related conditions.

At the same time, we can consider cannabis to treat neurological problems that occur in certain conditions.

If it is possible for cannabis to give pain relief, prolong the attention span, decrease the epileptic symptoms, and treat many different social and behavioral conditions, then it is possible to believe that with a certain amount of serious scientific studies we can find the conclusion that cannabis can treat autism to a certain level. 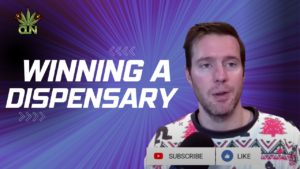