Look at Your Regulations

The cannabis compliance lawyer begin by reading the rules and regulations.  Each state’s laws on cannabis are different from one another.

Regulations Can Be Boring

Perhaps over the coming decades, uniformity will come to pass – like it did with the legal drinking age in the United States as the interstate highway system was built – but that is in the future.

The cannabis laws have been evolving quickly, from medical marijuana to adult use cannabis.  All this has happened in only twenty years.

When I say only – please remember that the Bankruptcy code goes back to 1897, While the Uniform Commercial Code arose in 1952.

The IND program closed in the wake of the AIDS crisis because too many patients wanted to obtain cannabis, which is partially the reason why California became the first medical marijuana state in 1996, and full adult use in 2016.

Most of the federal regulations on cannabis are not very friendly.  In fact, before the Farm Bill legalized hemp when Donald Trump signed it in December of 2018, federal law prohibited the possession and sale of all cannabis.

Cannabis is still a schedule I controlled substance under the Controlled Substances Act of 1970. This regulation has been used to criminalize many different aspects of cannabis and explains why marijuana businesses cannot get a loan, or access banking services.

Until Cannabis is removed from the Controlled Substances Act, the industry will suffer growing pains related with conducting a cash only business.  Federal laws regarding money laundering, for example, expressly reference controlled substances.

As a result cannabis is federally illegal under the following laws:

Because of the federal law including cannabis in the Controlled Substances Act – many other crimes result because of it.

On the other hand, some bills have been introduced to Congress like the one by Senator Chuck Schumer to drop cannabis from the Controlled Substances Act and therefore fix the issue.

All states that have allowed cannabis have done so on their own terms.  Many of the states that permit their citizens to directly vote on the issue of cannabis legalization have already done so. 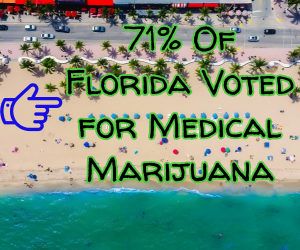 The most famous example of the public approval and popularity of medical marijuana is probably the state of Florida, whose people voted twice to legalize medical cannabis.

Because each state is different, consult a cannabis lawyer in your own state to help guide your business through the ever changing and evolving regulations on both adult use and medical cannabis.

Over 46 states have passed medical marijuana laws in some form or another.  Now more and more states are moving toward full adult use legalization, even in the Midwest with Michigan and Illinois leading the charge.

Many states have seed-to-sale marijuana regulations to keep strict controls on the supply chain.  Some states with this type of regulations include:

Only 4 of the 50 states have no medical cannabis laws.  They are:

Not only states, but also cities, have passed their own laws or ordinances to regulate cannabis.  As a result. For example, here’s a passage from the City of Pasadena’s amendments to the state law legalizing cannabis – but prohibiting any licenses for cultivation centers or dispensaries.  It is about the definition of cannabis.

“A ‘Cannabis’ or ‘Marijuana’ means all parts of the plant Cannabis sat1va Lmnaeus, Cannabis indica, or Cannabis ruderalis, whether growing or not; the seeds thereof; the resin, whether crude or purified, extracted from any part of the plant; and every compound, manufacture, salt, derivative, mixture, or preparation of the plant, its seeds, or resin ‘Cannabis’ also means the separated resin , whether crude or purified, obtained from cannabis. “Cannabis” also means marijuana as def1ned by Section 11018 of the Health and Safety Code. ‘Cannabis’ does not include the mature stalks of the plant, fiber produced from the stalks, oil or cake made from the seeds of the plant, any other compound, manufacture, salt, derivative, m1xture, or preparation of the mature stalks (except the resin extracted therefrom), fiber, oil, or cake, or the sterilized seed of the plant which is incapable of germination ‘Cannabis’ does not mean “industrial hemp” ‘ as defined by Section 81000 of the Food and Agricultural Code or Section 11018.5 of the Health and Safety Code ”

← Home Page - currently you can use the Blurbs to create these links. Site Maps →

R. Martindale
← Home Page - currently you can use the Blurbs to create these links. Site Maps →

Diversity in the Cannabis Space Illinois Women in Cannabis is an organization dedicated to connecting, educating, and supporting diversity in the cannabis industry. According to MJBizDaily, 37% of senior-level jobs at cannabis businesses are held by women which is...
Read More

Are Podcasts the Future of Cannabis Marketing? The best cannabis podcasts have spent years developing their message, optimizing their content, and making their episodes special for their devoted listeners. Podcasting is hot right now, and it’s only getting bigger....
Read More

How to Grow Your Cannabis Business

Employment and Human Resources in the Cannabis Industry Cannabis HR software is critical when establishing your cannabis business. When building your cannabusiness it’s easy to get caught up in your product, funding, and licenses but don’t let staffing take a back...
Read More

What Banking Solutions are Available to Dispensaries? Cannabis banking has challenges that have ravaged the industry since the beginning. For an industry that is estimated to generate $19.3 billion in 2020, cannabis businesses have a tough time securing bank...
Read More

Why no public housing, doctors, banking or guns for marijuana users? These questions come up all the time with people in states where cannabis is legal - but not all businesses are as accepting of the new state laws.  The 5 Cannabis Industry Challenges for 2020 are:...
Read More

We Know the Difference Between Hemp and Weed, Do Cops? NYPD cops confused hemp for marijuana. Earlier this month the NYPD confiscated $17K worth of legal hemp from a CBD business owner. When the brother of the business owner went to the police station to work things...
Read More

Michigan Cannabis Business Lawyer Scott Roberts ​Michigan cannabis business is gearing up when the State begins taking applications for recreational businesses on November 1, 2019. Michigan legalized adult use in 2018 with 56% of the vote but it’s predicted that the...
Read More

How is Cannabis Portrayed in the Media? You’ve probably seen it, headlines around mid-to-late October warning parents that people are sneaking cannabis into their kids Halloween candy. You and I both know that in this economy - no one is giving away free weed....
Read More

What is Cannabis Security? Cannabis Security means that not one gram of cannabis goes missing from seed to sale and everyone in the supply chain from grower to transporter to dispensary to buyer is protected and safe during their purchase and business operations....
Read More

Do you need to put a label on that?

When dealing with food that will be packaged and sold to third parties, local or state health inspectors get involved.

Kitchens that make the foodstuffs have regulations that must be complied with – and that is before any cannabis is added to the mix.

This voltage is not up to code!

Words that no business wants to hear is that their new factory fails to comply with state building codes.

Many cannabis laws regulate the plans for the building, from walls, to fences and power supply so that the cannabis is grown according to the rules and regulation passed by a particular state.

When a law is passed, it often has a lag period before it becomes effective.  Often the law itself will set its effective date.

In Illinois, the medical marijuana law took a long time – even past its effective date – before patients could begin to access the medical cannabis.

Often politics plays a role in handing out new licenses to cannabis businesses.  This is one reason we advocate for transferability procedures for the cannabis licennses to be expressly written into the laws.

Does your state use blockchain for seed to sale data tracking?