How to Expunge Your Record 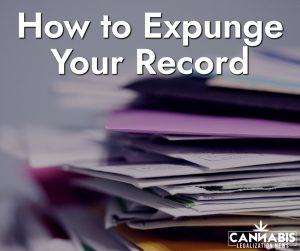 How to Expunge Your Record

Expunging your record is the process of destroying your record so that it is not viewable to employers or law enforcement. National Expungement Week is September 19 – 26! Alex Boutros and Mo Will from Cannabis Equity Illinois join to talk criminal justice reform and take us through the expungement process.

Watch the episode on YouTube or listen to the podcast titled How to Expunge Your Record – National Expungement Week with Cannabis Equity Illinois Coalition on Spotify, Google Play, or wherever you listen to podcasts!

What is Cannabis Equity Illinois?

Cannabis Equity Illinois Coalition: Cannabis Equity IL Coalition is a grassroots nonprofit of community members fighting to ensure that the legalization of cannabis is done to repair and reinvest in communities most impacted by the war on drugs. We started last year amongst legalization when there was a call from community members for equity in cannabis and a need for an organized space.

What type of restrictions do those with criminal records face?

According to the center for American progress, folks involved in the American legal system can face more than 44,000 legal sanctions that can prevent them from getting a job, obtaining licenses, attaining and maintaining housing, qualifying for public assistance, pursuing higher education, engaging in civic participation, changing immigration status, receiving custody of a minor, and that’s not everything. In Illinois, there are around 1,189 unique permanent punishment laws. – Cannabis Equity Illinois Coalition

Can you vote with a criminal record?

What does expungement mean?

Expungement typically means that a record is destroyed, and is not accessible to employers or law enforcement (except for the FBI and immigration). However, policies vary from state-to-state. – Cannabis Equity Illinois Coalition

What is the difference between expungement, resentencing, and sealing a criminal record?

As mentioned before, expungement is supposed to destroy a record but sealing is accessible to law enforcement and to certain employers and governmental institutions, like if you apply to the park district or work in a school. Resentencing is a mechanism usually used by folx who are incarcerated to revisit a sentence they previously given to get a decreased sentence. – Cannabis Equity Illinois Coalition 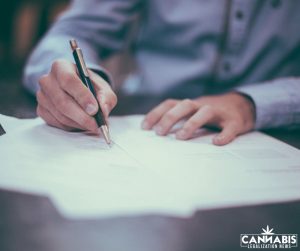 Is it possible to expunge your record without an attorney?

Yes! Most things are possible without an attorney and would be called “pro se”. However, legal paperwork and legalization can be very difficult for the day-day person to navigate, so we partner with Legal Aid Chicago, who does wonderful full representation to help folx get their record expunged or sealed. – Cannabis Equity Illinois Coalition

How much does it usually cost to expunge your record?

In Cook County, you first have to get your RAP sheet, which is $16 and the juvenile RAP sheet is free. Then you have to file the expungement paperwork which is $9 per case. However, you can always request a fee waiver. – Cannabis Equity Illinois Coalition

Can you walk us through the process of expunging your record?

In Cook County, first, you need to go to the CPD headquarters and get fingerprinted, which costs $16, and request your juvenile as well which is free. Then during the pandemic, they will mail it to you, from there you can fill out and file the expungement paperwork and pay the fee. For more detailed step by step, please ours or Legal Aid Chicago’s FB page to watch our “how to expunge” webinar. You can directly email a picture of your records to criminalrecords@legalaidchicago.org or call 312.229.6071. We are starting expungement office hours to continue our RAP sheet days and expungement aid. – Cannabis Equity Illinois Coalition

What makes someone eligible to have their record expunged?

In Illinois, only three types of cases cannot be expunged or sealed which includes minor traffic violations, DUI’s, Domestic Battery convictions, Violations of Order of Protectins, sex offense convictions (except prostitution or misdemeanor public indecency), or Animal Offenses. For juveniles, everything but the finding of guilt fo first-degree murder and sex offenses that require registration. – Cannabis Equity Illinois Coalition

Illinois made headlines for expunging 700,000 records along with legalization. Do any other states have expungement initiatives tied to their legalization bill like this?

California did, and they allowed for automatic expungement to. The state estimates around 200,000 people will have their records erased thanks to this process. Illinois needs to move ahead on expungement tho. Cannabis expungement for all offenses, Automatic expungement as widely as possible, e-Filing, and resources to cut down on cook county’s year+ wait time. – Cannabis Equity Illinois Coalition

Definitely not. We have to fight a lot to even get close to what we want. – Cannabis Equity Illinois Coalition

That is awesome. And something we could fight for. – Cannabis Equity Illinois Coalition

How to Expunge Your Record with National Expungement Week

Their work, which is not limited to cannabis, aims to empower communities to adapt, sustain, survive, and create in pursuit of equity. And, powered by people of color,  N.E.W has created a community of dedicated individuals who serve as organizers and advocates.

The group also released a 2019 Impact Report that reviews last fall’s campaign which put 652, including voter registration, for over 3,000.

Why Is National Expungement Week So Important?

To expunge your record is taking the first step in getting access to housing, education, and other services that aren’t always available to those with convictions. National Expungement Week is an opportunity for Americans all around the country to recover something that was taken from them in the name of the war on drugs.

This grassroots movement to clear and/or seal eligible convictions to help improve the lives of the often marginalized groups of Americans by putting them on the path to legal relief, and providing social and community services.

Although studies show Americans from all background use cannabis equally, the war on drugs has been particularly hard on minority groups and low-income communities, for example, African-Americans are nearly four times more likely to be arrested for cannabis violations and some individuals -mostly minorities-, as of today, are serving life in prison for something that has been legalized in some form in 33 of the 50 states in the United States.

People with drug convictions can have a hard time in many day to day aspects of their lives, such as finding housing, getting a job, or applying for college funding. A combination of stigma and various state laws limit their participation as civilians and reduce their chances of receiving proper public services.

Even their career paths are limited since there are more than 15,000 statutory and regulatory provisions in the United States that limit occupational licensing for those with a criminal conviction. That means people with a drug conviction may not be eligible for the state licenses required to practice in their chosen fields in certain states (as realtors, cosmetologists, or doctors)

In 2018, 92% of 663,367 people arrested for marijuana were charged with simple possession, despite the fact that nearly 30% of the adult population in this country lives in states with legal adult use. In 2017, the arrests for possession of cannabis were higher than arrests for all violent crimes together. And you’ll probably be very surprised to hear that those numbers were even worse the years before.

With all these barriers many Americans face, the movement to expunge cannabis records is growing rapidly and is highly praised. If you are interested in learning more about their work don’t miss our Episode of Cannabis Legalization News dedicated to this movement.

This movement has incredible numbers for the couple of years it has been served:

Also, organizers estimated that the effort generated a public benefit of $7,143,964, in the form of increased wages, reduced public spending and other benefits over the next two years. Last year they pull off  44 events in over 30 cities. Her you can see their 2019 Impact Report

Expungement is a process where the criminal record is “sealed”, meaning that it is erased to the public. As it is well known the terrible consequences having a criminal record could represent for you:

So even though expungement sounds like one of those very fancy words lawyers use, it could literally change your life for the better. 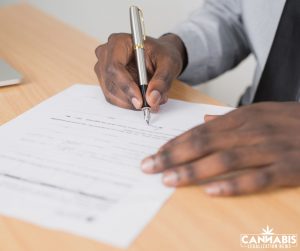 What Is The Process To Get your Record Expunged

Requesting to expunge your record is easier with a team but you can definitely do it yourself. Usually, the process of expungement itself starts with filling out an application or preparing a petition to request an expungement, provide the required documentation, and submit the application to the competent criminal court for a judge’s review and decision.

The process can get more complicated based on the cases and states involved, so we recommend you to get assistance from an experienced lawyer so you have a better chance of getting your expungement approved.

How much would cost to get my record expunged?

To expunge your record the cost can vary. Filing and court costs usually range from $10 to $400 but, honestly, it will also depend on the case and the state. You should research your options and bare in mind that you have the support of great nonprofits like the National Expungement Week organizer who is willing to give you a hand, don’t hesitate to reach out to them.

What Can I do to Support National Expungement Week?

Cage-Free Cannabis launched, a campaign to raise funds for N.E.W. to help clear or reduce records for cannabis charges called SHOW YOUR LOVE.

You can donate directly to the cause. But also, businesses are invited to take part in the fundraiser through its digital marketplace. Businesses can participate as “Creators,” and connect with National Expungement Week by August 22, giving a share of the profits of their products to 2020 expungement week clinics and year-round criminal justice reform efforts.