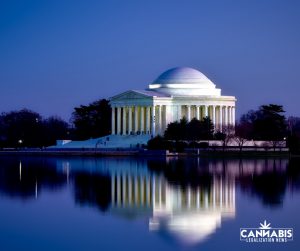 What is the MORE Act?

The MORE Act will be voted on by the House of Representatives this September. It will mark the first time since the passage of the Controlled Substances Act of 1970, which placed cannabis in the same category as heroin, that a Congressional chamber has voted to remove marijuana from the Schedule I controlled substance classification.

To decriminalize and deschedule cannabis, to provide for reinvestment in certain persons adversely impacted by the War on Drugs, to provide for expungement of certain cannabis offenses, and for other purposes.

What Will Be the Effects of the MORE Act?

If the MORE Act takes full effect, we will have a scenario where the law will protect the people with low-level marijuana offenses. Their criminal records will be cleared and their cases will be sent for another jurisdiction.

This bill is consolidated to decriminalize and deschedule cannabis in many forms that were previously based on the War on Drugs. Certain cannabis offenses will be sent for expungement and other purposes of the bill will have an impact on the overall jurisdiction system.

What does The MORE Act Targets?

How the MORE Act Will Affect Cannabis Businesses

The overall demographic data will include:

By collecting the mentioned data, the official legislative bodies will be able to know which segments in the Act will have the best impact in the cannabis business. Providing such data will decide how and where the official regulations can be applied.

How the Act Will End the War on Drugs?

The War on Drugs is a national campaign led by the U.S. federal government. It includes drug prohibition and military intervention intending to reduce the illegal activities that are part of the drug trade in the USA. Richard Nixon, the former president, announced the term in 1971 and declared a set of drug policies that were made to diminish production, distribution, and consumption of drugs.

As part of the new MORE Act, individuals who were impacted by the War on Drugs will be provided with funds to administer substance use treatment services. The official Community Reinvestment Grant Program will provide eligible entities with the necessary funds. Under the term ‘substance use treatment’, we recognize an evidence-based, professionally directed and planned regimen that helps patients with substance use disorders. Remission and recovery will include a complete evaluation, observation, and medical monitoring.

The term ‘eligible entity’ means a non-profit organization that is a representative of a community or a significant segment of a community where the services are available to individuals impacted by the War on Drugs. In section 5 of the MORE Act of 2019, we can find the terms that regulate the rights of individuals who use the treatment services.


How Will the MORE Act Change Our Lives?

In most situations, the War on Drugs was based on the criminalizing of drugs. However, with the new MORE Act, the situation is different. We have more than one right to claim that official regulations will change the way we see marijuana and cannabis products.

The War on Drugs was part of American history and it had many consequences in our society. Now, we have the MORE Act that can completely change our opinions and habits when it comes to the production and usage of psychoactive substances.

As part of the MORE Act, it is possible to reclaim the rights of many people who have a criminal record on drug use and distribution.

It is left to see how many people will get a different opinion from the court when it comes to low-level marijuana offenses. If this happens, many people will be able to get freedom and clear criminal record as part of the new MORE Act implementation. 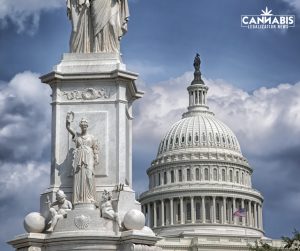 The MORE Act designates the Small Business Administration to establish and carry out the “Equitable Licensing Grant Program”, for developing and implementing equitable cannabis licensing programs that minimize barriers to cannabis licensing and employment for individuals most adversely impacted by the War on Drugs, including:

Timeline Of The MORE ACT

The Marijuana Justice Coalition Work On The MORE ACT

The Marijuana Justice Coalition is a broad coalition of 15 non-profit and national advocacy organizations, founded in 2018, who have joined forces to advocate for federal marijuana reform through a racial and economic justice lens.

The Marijuana Justice Coalition’s work on the introduction and the passage of the MORE Act has been fundamental. Recently they composed a joint letter to members of Congress asking them to support the Marijuana Opportunity Reinvestment & Expungement.

In this episode of Cannabis Legalization News we had the opportunity to have them as guests, hear what they told us about the MORE Act and their coalition.

Find your representative and ask where they stand on the MORE Act.

If you’re already operating a license – just call us. Our number is in the lower right corner – works even on desktop.