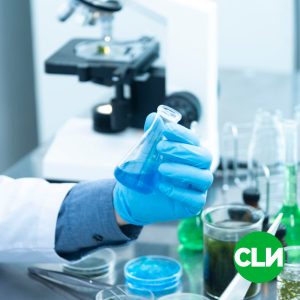 Cannabis or Marijuana Research studies have been blocked for decades by the federal government because marijuana is a schedule one substance under the controlled substances act.  We detail the hurdles to cannabis research that is helping maintain the stigma it faces in society.

The Nixon campaign in 1968, and the Nixon White House after that, had two enemies: the antiwar left and black people. You understand what I’m saying? We knew we couldn’t make it illegal to be either against the war or black, but by getting the public to associate the hippies with marijuana and blacks with heroin, and then criminalizing both heavily, we could disrupt those communities. We could arrest their leaders, raid their homes, break up their meetings, and vilify them night after night on the evening news. Did we know we were lying about the drugs? Of course we did.

— John Ehrlichman, to Dan Baum for Harper’s Magazine in 1994, about President Richard Nixon‘s war on drugs, declared in 1971.

Hi, I’m Tom and you can find me by googling cannabis lawyer and clicking over to my website cannabis industry lawyer.com – a resource for learning more about the industry that you want to get into – Today we are talking about the prohibition of cannabis research in the country.  This is the reason why so many lies and falsehoods are still believed by many people when it comes to cannabis. Because it literally has been illegal to research it since the Controlled Substances Act became the law of the land in May of 1971.

Okay, it is not fair to say it is illegal to research cannabis.  It was not funded, you could only do research for the bad stuff – not the good stuff.  Or how about this, research in general to see the facts. You know the truth, the whole flipping purpose of science.  Yeha, you could not – still can’t – do that for the federal government..

For example, in 1978…prominent brain researcher Dr. Robert Heath of Tulane University said that monkeys smoking a joint a day had microscopic but permanent changes to brain anatomy.  That is the kind of study the government would allow. You had to study marijuana for its purported harms. Okay, that is somewhat of a bombastic statement – you did not have to study marijuana for its harmful effects – but those are the only studies that had a prayer of getting approved.

Let’s go over all the barriers that you must pass before getting approval for doing cannabis research – we are going to speed through this – but the link is in the comments for you to geek out on at your leisure – after you smash them likes – and hit the bell for notice when cannabis legalization new has new videos.

To study the health harms or benefits of the cannabis plant requires numerous approvals from the federal government, and we are going to talk about another study by Dr. William Slikker that tried to confirm the marijuana causes brain damage finding from the 1978 study – but first let’s see how many hoopes were required before the science could be done.

Because evidently, the sixth step in this process is where you hit the brick wall.  The FDA has 30 days to review your application – provided you make it this far – to ensure your research subjects are not subjected to unreasonable risks. The FDA won’t allow the research until it confers a “safe to proceed” authorization. Then the researcher can get some cannabis from Mississippi – where the only source is grown.

Kilroy called the R&D licenses a new economic opportunity for the city.

“We think it’s an important license type…it will help to continue to keep Denver at the forefront of marijuana legalization and preserve our reputation as a leader in the regulated cannabis industry,” she said.

Our main point is that most cannabis research simply does not get done – this is the most our country has ever done – for example Denver just created a cannabis research license – I bet this license type will be the one for the 2020s – we are doing cannabis research in america again – way more than we did 30 years ago.

But that was when the scientific claim that marijuana causes brain damage was finally rejected with a study published by Dr. Slikker. It was again done on monkeys, but found no changes to their brains – they even injected way more THC into lab rats, and nothing. Link to the study in the description.

So why would the federal government approve studies that defeat its official position that cannabis is a schedule 1 substance because it:

Basically, the more research allowed on cannabis, the more obviously false the scheduling of marijuana is – and the stigma allowing it to be illegal would fade away into our foolish past when we believed in myths.

So it’s not illegal to study it – but cannabis’ prohibition because it is a schedule 1 controlled substance makes research into it impossible and that is one of many reasons why the stigma against cannabis is widespread and pervasive.  Why even your neighbor may hate the smell of marijuana and think bad people use it – people believe all sorts of fantasies. We raise our children on it with dreams of santa claus, the tooth fairy, the easter bunny and anything Disney makes.

We want to believe lies, we want fairy tale weddings – and to be able to smell something and point to the people smoking it and listening to jazz and jam bands and tell them they are bad and wrong and evil – It’s just plain nuts.   And if you enjoy nuts, subscribe to this channel and learn more about how flipping crazy the cannabis laws are on…