Is CBD oil legal in all 50 states?

Is CBD oil legal in all 50 states?

Hi, I’m the cannabis industry lawyer answering your cannabis legal questions so that you can normalize the marijuana laws. And today we’ve got a great question from a longtime viewer and all-around generally awesome guy. We’re going to get to that real soon.

But first, you’re going to want to stick around until the end because that’s when you’re going to see me crumple up and throw down in disgust this picture of Richard Nixon.

But before we get to today’s question, go ahead and leave yours in the comments below. I can’t answer your question unless you ask it. And while you’re down there, give us a like and a thumbs up.

Today’s question comes from JX Fit, and he asks, “There are a lot of companies saying that they deliver CBD hemp flower to all 50 states, and that is completely legal because it has less than 0.3% THC and it doesn’t come from a marijuana plant. It comes from a hemp plant. Is it legal?“

Listen to it on PodCast or Watch the YouTube on is cbd oil legal in all 50 states
RELATED POST: How to Open a Cannabis Dispensary in Illinois

CBD has become extremely popular, and a lot of people are taking risk and being entrepreneurial and selling these CBD oils.

I was just talking to my brother. He gives CBD oil to his dog. You may also give CBD oil to your dog. I’m not sure.

Is it legal? Well, many states, many, many states have seen the light when it comes to CBD with all the medical research that’s continuing to accumulate about its benefits, and we’re not going to be discussing the benefits of CBD today, but we will be discussing the 46 states that have legalized some form of medical marijuana or CBD oil for medical use.

In fact, there’s only four states that haven’t legalized medical CBD, and those four states are Idaho, South Dakota, Kansas, and of course, Nebraska.

And think about that, because if you’re growing cannabis for its medicinal purposes, it’s flowers, you’re going to structure it in a substantially different way than if you’re growing hemp for its stock, its fiber, or even its denatured seed, which interestingly enough, are exempt for the Controlled Substances Act.

So when you go to Costco and you buy yourself that great hemp heart, the hemp hearts that you can get the whole hemp hearts, the ones that you can find at your store, they’re there because they’re specifically excluded from the Controlled Substances Act.

Just like the fiber or the rope would be excluded, or the herds, the hempherds, the stock in it, which has industrial properties for it.

How then can they make that claim that it is from hemp and therefore it is exempt? Well, they can’t. Maybe they’re being confused with what’s coming.

Maybe they are trying to anticipate the market. We’re going to be talking about the entrepreneurial thing here in a bit. First, we’re going to walk ourselves through the federal law and the federal changes to hemp.

I’m an Illinois. Very recently, yesterday in fact, Bruce Rounder signed Illinois’ pilot hemp program, so we can start giving advice to farmers in the state about how they can grow hemp as a viable crop alternative.

The farm bill hasn’t come down yet, and if you want more on that you can follow the news on the farm bill with the hashtag #FarmBillFriday, and you will be getting updates from Congress regarding the farm bill that has the hemp legalization language put into the bill by Senator McConnell from Kentucky. He started a hemp pilot program at a federal level a few years back, and that’s been going correctly in the right direction. Now we have the farm bill hasn’t gotten past yet.

The “Best” hemp is probably advertising.

It’s the best to you. If I’m listening to Miles Davis, and I think he’s a better horn player than John Coltrane, that’s just a semantic argument about what I like versus what you like. My best isn’t your best.

Legal is usually a little bit more cut and dry. There’s not like a best legal thing. You can say you’re the best lawyer, but there’s not a well, is this legal, that’s usually more of a yes/no question. If there’s any industry where that’s going to be very difficult to answer, it is the cannabis industry, because there’s never really just a yes/no answer regarding the legality in cannabis and the CBD oil derived from the hemp flower, which makes a lot of sense.

Then he asked about the 0.3%. Very often hemp flower has a lot of CBD in it, but very little THC. Just how it is. I don’t know. I tell you, the more you learn about this federal and all cannabis laws, the more you’re just like, well maybe you can use legality as a qualitative word as opposed to a quantitative word and a binary yes/no answer.

What the Lack of CBD Regulation From the Food and Drug Administration Means to Business?

So if I’m an entrepreneur and I could make a lot of jack off of selling CBD oil, and I look at the data, and I see that CBD is becoming extremely popular, it’s legal in 46 states, it’s legalish on a federal level, because maybe you can say that it’s medical marijuana, but then you’re saying yours is derived from hemp, and you’re waiting for the farm bill.

Now has anybody taken any action? Well yeah, the FDA did send some cease and desist-type letters to a few online CBD oil businesses in 2015 and 2016, but I haven’t seen anybody gotten arrested, taken away in handcuffs, and had their CBD businesses shut down. Maybe that is what they’re talking about. Because a law is only as good as how much people are going to enforce it. I can say that the speed limit is 70 miles an hour, if nobody’s there to be the governor of saying that 70 miles an hour, the speed limit is anything, right?

And how much data is out there? Well, this is a good graphic, and we’re going to kind of end the segment on … wait, no. We’re going to end this segment by blaming Richard Nixon, crumpling his ugly, ugly face up. But before that, let’s talk about just how much CBD oil has exploded in terms of …

If you want to see if something’s popular, you can see what it is searching at, or if something has changed over time, is this a trend. And there are three lines that we’re gonna be going over. I’ll put this up right now. You can see it’s a blue, a yellow, and a red, and the red is just taking off. What is the red? Well, let’s first go over the blue.

The blue right there at the bottom, basically the base, that is hemp. And as you can see, hemp really isn’t going anywhere. And the one above it, the one that’s the red line eclipsed, it looks like it eclipsed it back in February of 2017, that is cannabis.

And as you can see, cannabis is way more popular than hemp, but it’s nowhere near as popular as this cannabidiol, a.k.a. CBD has been. Look at it. It just started back only four years ago or so, and it was almost as unheard of, and as not widely known, as hemp. And now it has just taken off.

As people understand more about CBD and Medical Marijuana and adult-use marijuana and cannabis becomes more and more widespread. Well, finally, finally, the stupid, stupid things that this guy did in 1970 to make sure that hemp was included in the Controlled Substances Act, except for its stock, fiber or sterilized seed, will finally be undone.

Oh, I hate you, Richard Nixon. This is all your fault.

If you have any questions, please ask them in the comments or visit cannabisindustrylawyer.com and click on the call us button. Until I see you next time, remember, keep it legal. 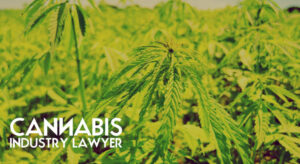