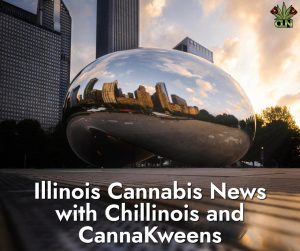 Illinois cannabis news is kind of in limbo right now. Many await to hear from the Department of Agriculture on whether or not their applications for a license will be accepted or denied. Justine Warnick and Cole Preston from Cannakweens and Chillinois join us for an Illinois cannabis news update.

Watch the episode on YouTube or listen to the podcast here:

RELATED POST: How to Open a Cannabis Dispensary in Illinois

Cannabis in Illinois has been actively used for many decades. However, only from 2014, marijuana became legal in Illinois. It has been legal for medical use, but the situation completely changed this year in 2020 when cannabis was legalized for recreational purposes.

What does this mean for people who live in Illinois? As we await awards, more business and recreational use opportunities are arising, and so far, we can see how the industry is continually growing.

One of the most popular podcasts in Illinois for helping people find their way in the industry is the show, Chillinois. Justine Warnick and Cole Preston are cannabis enthusiasts who want to spread the word about marijuana use while reporting on the cannabis industry in the state of Illinois.

In Illinois, there are around 62 dispensaries, and so far the taxes are reaching an enormous $52 million in revenues. We still have room for improvements in the industry, mainly because there are 110 possible licenses for the potential growers.

Marijuana growers in Illinois are not acting as some should expect, but this becomes an issue at the moment when we realize that, in Illinois, cannabis has deep roots. It represents a strong point for legalization and overall cultivation.

At the moment, Chillinois is helping the industry find a way for consumers who need cannabis daily. Adult use and legalization have changed the perspective of many marijuana consumers in Illinois.

CannaKweens is an event-oriented company that is helping people create cannabis infusions and edibles, which helped many cannabis users create a space where they can come and pick up the right advice. The primary thought is to empower women to be part of the cannabis community where they can say their opinion and be part of the business that is profoundly led by men.

Now the industry is becoming more female-oriented. It provides solutions to women who are there to share their experiences in cannabis, where different methods of consumption play a crucial role in the effects that marijuana has on us.

The effects are not only mental and physical. We also find the influence of cannabis that is more sociological. Now, women’s empowerment is more important than anything else, and that is where CannaKweens come to light. They create a space where true cannabis fans can gather and share their regular thoughts on cannabis use. 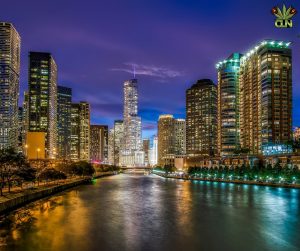 How Chillinois and CannaKweens Come Together

Chillinois and CannaKweens come together to make cannabis use in Illinois more open. As we know, cannabis is not legal in many states, and many law regulations still provoke the thought that marijuana is a matter of illegal activity.

We need more conversation on the legality of cannabis in Illinois and other states. That is why people from Chillinois have created the regular smoke session where cannabis users can come to see what the future of cannabis is in Illinois.

Virtual smoke sessions are becoming a reality for Chillinois.net and its services. There are also options to hang out with cannabis users on different occasions. Everybody is welcome to be part of the online sessions that promote and proactively include all the aspects of cannabis use. There is always somebody online, and the broadcast is designed to bring the best out of the live smoke sessions online.

Join Chillinois and CannaKweens for more Illinois cannabis news based around real-time users and their proactive approach to cannabis legalization points in Illinois.

Interested in coming on as a guest? Email our producer at lauryn@cannabislegalizaitonnews.com.

Licensed to practice since 2008, Thomas Howard has represented numerous financial institutions in litigation to enforce their security interests.
If you’re already operating a company – just call us. Our number is in the lower right corner – works even on desktop. 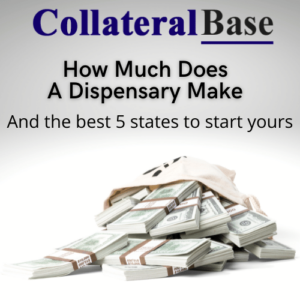 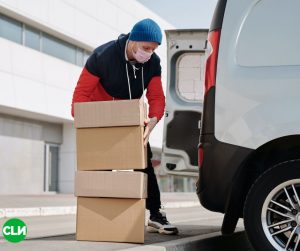 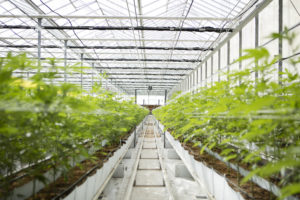