Will Missouri Legalize Adult-Use Cannabis in 2020?

Missouri cannabis lawyer, Dan Viets, has practiced law in Missouri for over 30 years. He’s spent most of his time defending Missourians from outdated cannabis laws. In addition to being a board member of NORML he’s also the receiver of Conan O’Brien on the Tonight Show’s “Audiencey Award” for “Looking Most Like the College Professor Who Could Always Get You Weed”. He’s a longtime cannabis advocate who’s leading the fight for recreational cannabis in Missouri. This week Dan dropped by to talk about Missouri cannabis laws and what they have planned for Election Day. 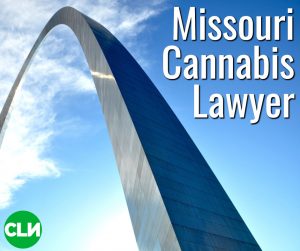 Who is Dan Viets?

Cannabis on the Ballot

Missouri might not have the best record for cannabis, but they’re trying to change that. Missouri wants to legalize recreational cannabis in 2020. To get on the ballot, however, they need 160,199 signatures by May 3, 2020. In 2018, Missouri voted to pass the Medical Marijuana and Veteran Healthcare Services initiative colloquially known as Amendment 2. Amendment 2 legalized cannabis for medical use, implemented a tax of 4%, a specifies that the tax revenue will go to healthcare services for veterans. Amendment 2 passed with 65.59% of the vote. Home grow is permitted for patients and a few conditions that qualify include PTSD, IBS, and chronic conditions.

Missouri cannabis lawyer, Dan Viets, along with Missourians for a New Approach, are gathering signatures for an adult-use cannabis initiative. Under this initiative:

What Can a Cannabis Lawyer in Missouri Do for You?

Medical cannabis has been legal in Missouri since 2018. At the moment, we see the strong urge from lawmakers to legalize recreational marijuana in Missouri in 2020. How will this affect the Missourian marijuana market? Will we be able to see a fair game on the market when it comes to growing, selling, and marijuana dispensaries in the state? We give the answers as part of a Dan Viets and Associates which helps create a good climate for businesses and marijuana users in Missouri.

Will Marijuana Be Legalized in Missouri in 2020?

Marijuana activists are strongly in favor of regulating Missouri marijuana laws. The voters will have an opportunity to vote for the adult-use of marijuana in Missouri in 2020, which will open the doors for many business chances in this state.

The fiscal analysis shows the state would generate up to $155 million annually by 2025. These predictions speak about the potential for business opportunities in this state. Many states generate huge amounts of revenue thanks to the regulatory system that allows cannabis users to consume marijuana.

What Does Marijuana Legalization Mean for Private Companies in Missouri?

On the November 2020 ballot, voters in Missouri will have a chance to vote for cannabis legalization that should allow individuals 21 years or older to have one ounce of marijuana in legal possession. The purchase will be possible to make from licensed retailers who are now trying to get licenses to become part of the open cannabis market.

The state announced that 192 licenses will be issued this year in Missouri, which is only 16,5% of all the application submissions that will be approved this year. Overall, 1,163 applicants try to get a license for dispensaries across the state, which speaks about the volume of the possible revenues that could be created if the state allows more applicants to get a dispensary license.

In comparison, Colorado licensed 1,577 recreational cannabis business owners in 2018. Although the number of issued licenses has slightly declined by 2020, we can notice how Colorado supports dispensaries and small businesses that aim to be part of the Colorado cannabis market. In June 2019, Colorado passed $1 billion in cannabis state revenue, which was one of the results of many campaigns for responsible adult consumption.

The official health department can issue as many licenses as they want, but the opinion of Missourians is that dispensaries and cultivation centers should be reasonably limited. Applicants for dispensary licenses undergo the strict selection process that is based on a scoring system. Many of the applicants have complained about the procedure of evaluating the applications because the private companies have their own regulations in the evaluation process. If this remains to be an issue in Missouri, the local marijuana business market may lose a huge potential for the overall market revenue growth.

How Can Missouri Cannabis Lawyers Help Regulate Marijuana Legalization in This State?

With the overall initiative for cannabis legalization in Missouri, there comes the question about the proper labeling of the marijuana products. The labeling regulations will affect Missouri as other states, including South Dakota and Kansas, where the labeling should categorize the products in a specific way. Packages and labels must meet the standards that apply to official recommendations. Advertising and marketing of the products should be also properly regulated, especially when it comes to advertising to the young population under 21. Products should be clearly labeled and advertised in a way that doesn’t appeal to youth.

Is It a Good Option to Look for a Cannabis Lawyer When Starting a Business In Missouri?

The initiative for marijuana legalization in Missouri takes its full implementation in 2020. We will see how this state can keep pace with the states that have already regulated recreational marijuana use. Officials claim it will be a huge step for the Missouri cannabis industry in the matter of civil rights and jurisdiction regulations.

If you plan to open a dispensary or retail shop, you should search for a Missouri cannabis lawyer who can help you with the necessary marijuana business regulations in the state of Missouri.