Blockchain in the Cannabis Industry

How the Cannabis Industry is Embracing Blockchain 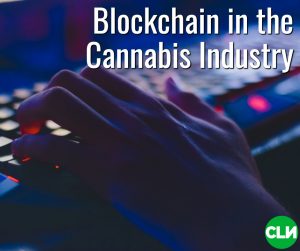 Blockchain is making it’s way into the cannabis industry and is much discussed but little understood. Here’s how Dr. Isaac Balbin explains blockchain:

“Blockchain is the way they have created a database for us to set up a network where we all cooperate and nobody is in charge. Because, for the most part, we need one person to be in charge when we set something up and we’re going to feed them all the info and they’re going to feed back the info that they think everyone else should know. That’s centralization, it works reasonably well a lot of the time, unfortunately it also has a lot of drawbacks. One of the incredible things that we can do with blockchain is that we have a technology that facilitates all of us working together and you don’t have to trust anybody at all but you know that the information that you’re all reading off is correct.” – Dr. Isaac Balbin

Parsl is more than a cannabis tag. It is a tag that describes the entire process of cannabis production, promotion, and sales. Parsl should be on every cannabis product, being the product made for medicinal or recreational purposes. With Parsl, it is easy to produce and sell cannabis products because the process is simple and reliable.

How Parsl Changes the Way We See Blockchain for Cannabis?

Blockchain for cannabis is very sensitive and it requires more dedication than other systems. The system itself is not in the control of any organization, which is why the blockchain technology depends solely on the behavior of the actors who change the blockchain.

One the information is written, it cannot be changed or removed from the blockchain system. In this matter, it is important to act smartly and rely on the sources that are relevant only to the cannabis industry.

The information is transparent and depends on the actions that most actors produce. If only one information is not accurate, the whole blockchain system could suffer. At the same time, in blockchain for cannabis, we need to make the structure that will play as a building block for the technology.

Parsl does exactly what is needed in the cannabis blockchain industry. They deliver the information that is later used to build the blockchain parts that need more than one action. In these blockchains, one of the crucial points is to maintain the accurate positioning of the entire system. Parsl is made to give a tag at the exact time and deliver the information that will build the right block at the right time.

With Parsl, we can be more secure and better informed when it comes to the blockchain for cannabis.

Is Blockchain for Cannabis More Delicate Now Than Before?

In blockchain for cannabis, we know that one simple movement can change the whole blockchain structure. If we find out that one organization or company has changed the course of action, the entire cannabis blockchain system could change.

For these reasons, it is important to focus on the blockchain for cannabis that goes one step further. Parsl ensures that each blockchain segment is made with the right purpose. In this light, we see how the entire cannabis industry gets a better shape.

Parsl is made to provide more accurate information to all the users of the blockchain technology. Keeping the pace with the latest news, it is obvious how cannabis blockchain systems can benefit from Parsl tags.

Only one Parsl tag can change the whole system structure for the better. If we apply more Parsl tags, we will see how cannabis blockchain technology gives the most to its users.

Nowadays, the blockchain for cannabis is more delicate than before because cannabis technology brings solutions we could not expect in the past. With many new startups that are in the area of innovations, we cannot predict what will change tomorrow. The numerous startups and small companies are implementing solutions that are new and reliable in the matter of innovations.

As a result, we can expect an even more unpredictable situation when it comes to blockchain for cannabis.

How Can Parsl Tags Help Create a Better Environment in Blockchain for Cannabis?

Parsl tags are a simple and useful solution when it comes to blockchain for cannabis. With the implementation of Parsl tags, we can see how the cannabis blockchain environment becomes more predictable.

If we can follow the process of cultivation, preservation, and sales of cannabis, we can predict how the blockchain for cannabis will develop in the future. Parsl tags are not only effective for observation of the cannabis process. The tags are also powerful in measuring the new tendencies in the blockchain technology.

With Parsl tags, we can finally tag the products the right way and get the most out of the cannabis industry.

Combining the process of production with the process of sales will be an ideal combination that gives results. Along the way, we will see the whole journey of cannabis from the soil to the end customer. Parsl tags can offer us insights we need to follow the cannabis industry in the best manner so we can build the blockchain for cannabis in a way that will serve all of us.

Medical cannabis in Australia is a relatively new thing in this country, even though the use of medical marijuana is in strong demand across Australia. It is not officially confirmed how many patients are part of the medical treatment with marijuana in Australia, and how to obtain it is another story, but we believe the effect of this medical solution is the same in Australia as it is in America.

When Was Medical Marijuana Approved in Australia?

Australian government authorities approved medical cannabis in Australia in October 2016. The approval was part of the Narcotic Drugs Amendment Act which came into effect in 2016, the year when local initiatives helped Australia regulate the use of medical marijuana.

What happened in Australia was part of huge debates about the subject that still divides the nation. A large portion of Australians believes that marijuana is still a thing to stay away from, especially if we consider the historical movements related to marijuana and cannabis use.

What is the History of Cannabis Legalization in Australia?

Medical cannabis in Australia has come a long way no doubt. During the early 20th century, marijuana and cannabis were represented as drugs and opioids that have a negative effect on the human body. These two substances were considered as equally damaging as morphine, cocaine, and heroin.

It was the time when Western countries, including the United Kingdom and Australia, agreed about the 1925 Geneva Convention on Opium and Other Drugs. The convention was one of the most significant documents that limited the use of cannabis exclusively for medical purposes. All other misuses were considered as harmful.

Cannabis in Australia was the subject of discussion many times in the history of Australia. Another political and social opposition happened in the 1960s when cannabis was used in extreme portions during the Vietnam War. The officials were leading some kind of Nixon’s war on drugs which was specifically created for the Australian continent.

People who defended the side where cannabis was represented as helpful agreed that small and limited consumption of cannabis could have a positive effect on people who lost their jobs or are facing other sociological obstacles. It was obvious why marijuana has so many benefits that could help people overcome difficult situations.

What is the Future of Marijuana in Australia?

The right distribution is possible only with the help of distribution centers. One of the biggest players in the Australian cannabis market is Cannvalate’s warehouse which is the place where most marijuana products are stored. At the same time, we have many other warehouses that can transform their purpose and get permission to store and distribute medical marijuana across Australia.

One of the biggest concerns remains present when it comes to medical cannabis in Australia. It is a proper education. Many medical professionals have a completely negative opinion about cannabis and its medical use, which is why many average Australians still believe cannabis should be a matter of prohibition. At the same time, many programs have to be organized for the young population to introduce cannabis and its effects in the right manner.

If all the planned measurements for complete education about medical cannabis in Australia take their full effect, we will see how citizens of Australia become more aware of all the medical benefits of cannabis and CBD products.