A pioneer in cannabis medicine, Dr. William C. Woodward served as the general counsel to the American Medical Association during the time Congress passed the Marihuana Tax Stamp Act of 1937. He railed against the Congress’ demonization of the plant and the pejorative labeling of the plant by its non-scientific name. Dr. Woodward argued that many doctors did not realize that marijuana was cannabis indica, which had been in the pharmacopeia for decades and remained for another five years after Congress taxed the plant into prohibition. 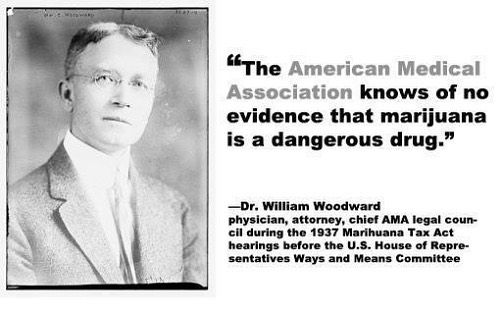 Hey, I’m Tom a lawyer for the Collateral Base who you can find by Googling Cannabis lawyer. You’ll find my blog cannabis industry lawyer.com and online resource for your questions about operating in the legal maze that is the cannabis industry.  And if you have one, leave it in the comments or get in touch with me.

Today we have another case of how politics can rear its head and make for bad law all because someone had an axe to grind to win points and favors, or elections.

Image a world where the officials are directly contradicting science in order to deliver their own political message.

They have an agenda, maybe it is not wearing a mask like the governor of Georgia just did in July of 2020 – This is a state that has a bad vertically integrated medical cannabis program that needs reform, but like and subscribe to get that episode – we’ll make it when they have a good law to report on.

The Trump administration is routing information, real scientific data around from the CDC, and telling people to believe their own numbers. The administration wants schools open and threatened withholding funds.

The administration has been trashing Dr. Anthony Fauci for reporting what the science has been saying. Granted I can’t believe how fast people make up their mind on a novel virus that is 7 months old – and while better understand it now than 4 months ago – the fucking marijuana laws are 80 years old and people still don’t understand them. How come we’re all now experts on a brand new virus, Karen

Srsly, Cut the CDC some slack. This isn’t the first time science has been swept under the rug to accomplish political goals in Washington DC. Whether it is winning an election, or banning marijuana. Fauci is the modern day William C. Woodward.

Imagine you with all your cannabis knowledge & you find yourself in 1937.  You are both a doctor and a lawyer – boy your parents must be proud. They would have been until they realized that the darned AMA – the american medical association – send you down to washington to rail against the new marijuana bill that was trying to ban cannabis!

A doctor and a lawyer named William C. Woodward came to capital hill and testified doctors had no idea what they were talking about because the medical term is cannabis.

Imagine that. The officials saying exactly the opposite thing that the experts have been calling it and recommending – not a ban on not wearing masks – but instead a ban on a plant – has has killed no one – has numerous benefits for the society – and that doctors had no idea what the new law was targeting. We’ve been here before – but it does get better.

Help it get better by demanding your candidates support the SAFE Banking Act and descheduling marijuana and subscribe to Cannabis Legalization News to stay current on cannabis laws.  If your cannabis company wants to sponsor an episode or pitch a show – get in touch with us from one of our links in the description.

Thomas Howard has been in business for years and can help yours navigate towards more profitable waters.  Thomas Howard was on the ball and got things done. Easy to work with, communicates very well, and I would recommend him anytime.

If you’re already operating a license – just call us. Our number is in the lower right corner – works even on desktop.