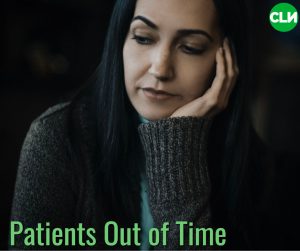 Patients Out of Time is a non profit that has been fighting for medical marijuana patients since it was officially founded in 1995. Cannabis as medicine gaining popularity among the general public but it isn’t a new idea. Before the Marihuana Tax Act of 1937, cannabis was used widely by doctors to treat a variety of ailments.

In 1976 Robert Randall became the first person in America to legally access cannabis since its removal from the U.S. Pharmacopeia in 1942. Today, 33 states have passed some form of medical marijuana legislation and since 1995, Patients Out of Time has fought to re-institute cannabis as a legitimate medicine. In this weeks episode Tom and Miggy are joined by Mary Lynn Mathre from Patients Out of Time to discuss their mission and how far medical marijuana has to go.

RELATED POST: How to Get a Medical Marijuana Card 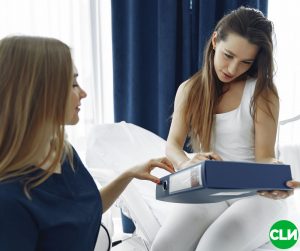 What is Patients Out of Time?

Patients Out of Time is a non-profit organization based in the Commonwealth of Virginia, which main goal is to educate people about the therapeutic use of cannabis. Since they firmly believe that medical cannabis (marijuana) has the power to cure different mental and physical diseases, they fight for its legalization within the United States.

For thousands of years, cannabis has been known as a drug in many cultures worldwide. It is not just a psychoactive substance that makes you “feel high,” but a severe natural medication that helps people get better. That is why cannabis was regularly prescribed in the United States until 1937 when the Marijuana Tax Act restricted it. This was the end of the medicinal use of cannabis in America, and that is the main reason Patients Out of Time stepped out. They are acting through education, which is, we have to confess, the best way to show people what they are fighting for – the therapeutic use of marijuana. Not only it has anti-inflammatory properties, but it also protects the heart and brain and acts as a pain reliever.

Many modern studies show that cannabis is the best way possible for the treatment of severe ailments, such as:

Not only the medical cannabis has a positive effect on the sick people, but it ensures the better quality of their lives. And everyone deserves to be well, right?

This organization wants people to learn to live with their disease. Patients Out of Time fights for the people to get better, in many different ways:

Their seminars are beneficial and knowledgeable and exist with one purpose-providing information that can conduct patients and help them to make a final decision. Re-instituting cannabis as a legitimate medication for use within the United States could help a lot of people improve the quality of their lives.

There are many testimonies to confirm the beneficial effects of cannabis. It helped some people not to lose their vision; it mitigates the consequences of chemotherapies such as vomiting to others; it reduces the symptoms of multiple sclerosis, allowing some of them as much normal functioning as possible. Some people are completely cured, some people have milder symptoms than before, but they all agree in one thing-their lives are much better than before. Experience without pain is possible, and that is what this organization tries to explain to the world and to the influential people who are in the position to change something. Changes come slow, but they are still visible. Education is the best form of communication, and they want to prove it. This association fights for human rights in the desire to enable them to live with their illness in the best way possible.

Patients Out of Time is entering an effort to legalize this natural remedy that will help people to feel relief, and to experience what is it like to at least briefly feel no pain. It’s not an easy task, but they are giving their best to make the ill people live better and easier. They firmly believe in success, and it’s only a matter of time when cannabis will be legal for medical purposes in the United States again.